If every cloud has a silver lining, it is also true that every ray of sunshine casts a shadow. This is particularly apparent with mankind’s recent success in improving health and prolonging lives.

The world’s developed countries, which are already seeing public budgets strained by rising healthcare and pensions costs, at the same time as retirements and low birth rates are leading to shrinking workforces and thereby lower economic growth.

However, even as the world population remains slated to expand to 9 billion by mid-century, aging is also a global problem which is increasingly affect developing countries. It is estimated that the number of over-65s worldwide will increase from 500 million to 1 billion between 2006 and 2030, including a 140% increase in developing countries.

The Economist has notably been writing on the decline of marriage in East Asia, the collapse in birth rates and the concurrent rise of “Graysia”. The magazine quotes the Asian Development Bank which finds that the continent’s high-performers will be the worst hit economically.

The ADB estimates that between 2021-2030 Singapore, whose economic success was famously explained by Prime Minister Lee Kuan Yew by its “Asian Values”, demographic change will reduce annual economic growth by 2.5% points. It claims the reduction will be of about 1.5% in South Korea and Taiwan, and 0.8% in China.

Health and pensions are then an appropriately “global” topic for the Global Economic Symposium. The debate session on “Improving Retirement and Health Choices” seemed to suggest, despite its title, at how difficult “choice” could be to reconcile with cost-effectiveness.

“Choice” is a confusing word in this context. Are we talking of improving the choices available to retirees or ensuring (more or less coercively) that they make the “right” choices?

The problem was captured by one participant’s framing of the question:  “How can people be offered more choices of levels of benefits and risk?” To which one might respond is “risk” ever what is desirable when it comes to old-age pensions and healthcare?

The panelists were quite divided. Another participant suggested individuals were ill-equipped to choose, in a rational and informed way, from the vast panoply of complex insurance policies private providers might present, saying that even economics grads were only marginally more financially literate than the general population. He argued private insurers had few ways of differentiating themselves from each other and had no incentive to present information clearly, instead relying on what Scott Adams has called the “confusopoly” business model.

In addition he noted that competition in insurance markets did not necessarily lead to better products, citing the case of Germany where the abolition of regional monopolies for fire insurance had actually led to higher prices and less compensation in case of accidents.

One underlined the limitations of rational individual choices being made on these issues. On the one hand human beings are psychologically wired to dismiss long-term payoff (known as “hyperbolic discounting”). On the other as healthcare and retirement choices tended to be “one-offs” – one only chooses one’s retirement age and pension scheme once – there was no ability to learn from mistakes and so make better decisions over.

The solution described was to recognize human beings’ inherently irrational nature and, as notably described in the book Nudge, to encourage healthy behavior through information and incentives. Just as we have “sin taxes” on tobacco, he urged similar additional costs for fatty foods and perhaps subsidies for gym membership. When asked if this wasn’t too intrusive, the participant replied that this was no different than limitations on smoking cigarettes or the mandatory use of seatbelts.

ICT & Orwellianism to the rescue? 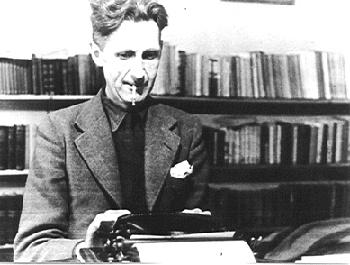 The graying of the developed world is coinciding with the development of information technologies and, naturally enough, the abilities of these technologies to reduce costs were emphasized. One noted the use of video-consultations in Australia – where some residential areas can be four hours from the nearest doctor – and another touted his company’s providing his customers with apps to find doctors in China, including cost differentials between them.

However, the power of ICT in health also appeared to have a darker side. Some participants suggested monitoring be made automatic for those with chronic diseases, obesity or mental lapses, with health personnel being electronically informed when their patient weighs himself, opens the fridge or opens his pill box.

The participants suggested however that patients might be willing to put with such intrusions for the sake of their health. “People want to age in place,” said one, and would go to lengths not be institutionalized. Another added that such a program in the United Kingdom had led to high patient satisfaction, with them actually enjoying being spontaneously called and checked on by medical staff. “People don’t necessarily see it as intrusive,” he said.

The healthcare and pensions may then best be guaranteed through somewhat Orwellian methods: hard financial incentives, limitations of choice and close monitoring. There appeared to be little place for the autonomy and privacy of the individual.

Perhaps this shouldn’t be too surprising, after all, the world’s first national pension and healthcare schemes were established as a way of ensuring social peace by the authoritarian nineteenth century German Chancellor Otto von Bismarck.

I am a Brussels-based European politics blogger and a journalist for the multinational EU news site EurActiv, covering a wide range of policy areas. I was born and raised in France but brought up by Anglo-American parents. I studied at Liverpool and the London School of Economics and have worked in both the US Congress and the European Parliament. I am currently involved in numerous online news and social media projects including Future Challenges, the EU blog aggregator bloggingportal.eu and my own personal European affairs blog Letters from Europe. My interests include reading, writing, history, politics, old and new media, European affairs, transatlantic relations, US and French politics, European Muslims, migration and minority rights, beer, traveling, dogs and dinosaurs. I speak English, French, Spanish and Italian (in that order) and love to meet people in person and across the net. Don't hesitate to contact me if you want to discuss projects, collaboration on blogs (guest posts, retakes..), writing for your publication or want advice on EU affairs, social media or life in Europe and Brussels!